The Importance of Preserving the Legacy of Palm Beach
January 14, 2021 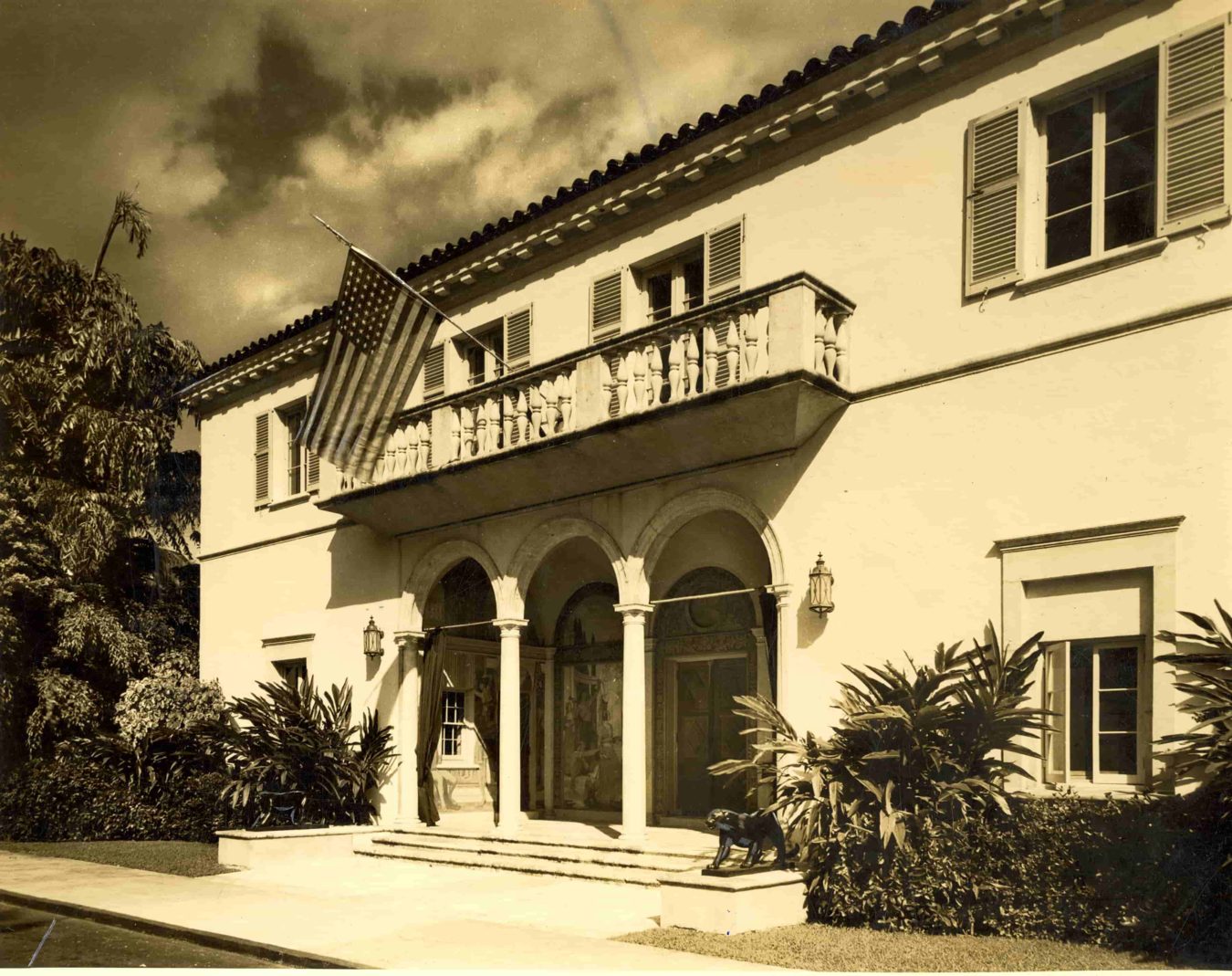 Nestled between the Intracoastal Waterway and the Atlantic Ocean is one of America’s truly unique places: Palm Beach, Florida. Stretching just 16 miles, the small island lays claim to an architectural design legacy that would make any other city envious. Owing in large part to the pioneering efforts of iconic architects like Addison Mizner and John Volke, Palm Beach distinguished itself by a bold departure from the architectural norms of early 20th Century America, finding inspiration in a combination of Spanish, Moorish, Mediterranean, and South American traditions and motifs.

The continuity of this legacy, and its evolution, depends in large part upon the careful ministrations of architects, designers, artisans, and builders who share Mizner’s drive to find new ways of creatively interpreting historical influences. As with the integrity of any historical city or township, the legacy of Palm Beach is at risk without innovative caretakers that work to uphold it. Fortunately, that legacy is being carried forward by skilled professionals steeped in the traditions of architecture and arts.

One such organization celebrated for its firm understanding and regard for the importance of the legacy built-in Palm Beach is the Institute of Classical Architecture & Art (ICAA). An organization that encourages classical and traditional approaches to architecture, interiors, landscapes, and craftsmanship, the ICAA works to preserve, rather than neglect the heritage that makes Palm Beach so unique. Each year, this is demonstrated at the ICAA Addison Mizner Awards, where brilliant projects are recognized for their excellence in traditional and classical architecture.

Sarah Magness is one such practitioner, working to carefully preserve the architectural integrity of Palm Beach. A devoted member of the ICAA, and 2019 Addison Mizner Awards Jury member, her forward-looking designs are firmly rooted in classicism, pointing the way towards a contemporary vision of Palm Beach living. Magness designs are based on the strong belief in a holistic approach to every aspect of a project, from the plantings to the structure, and even the objects placed within. Something that pulls from Addison Mizner’s own conviction that architecture must include interior and landscape design. 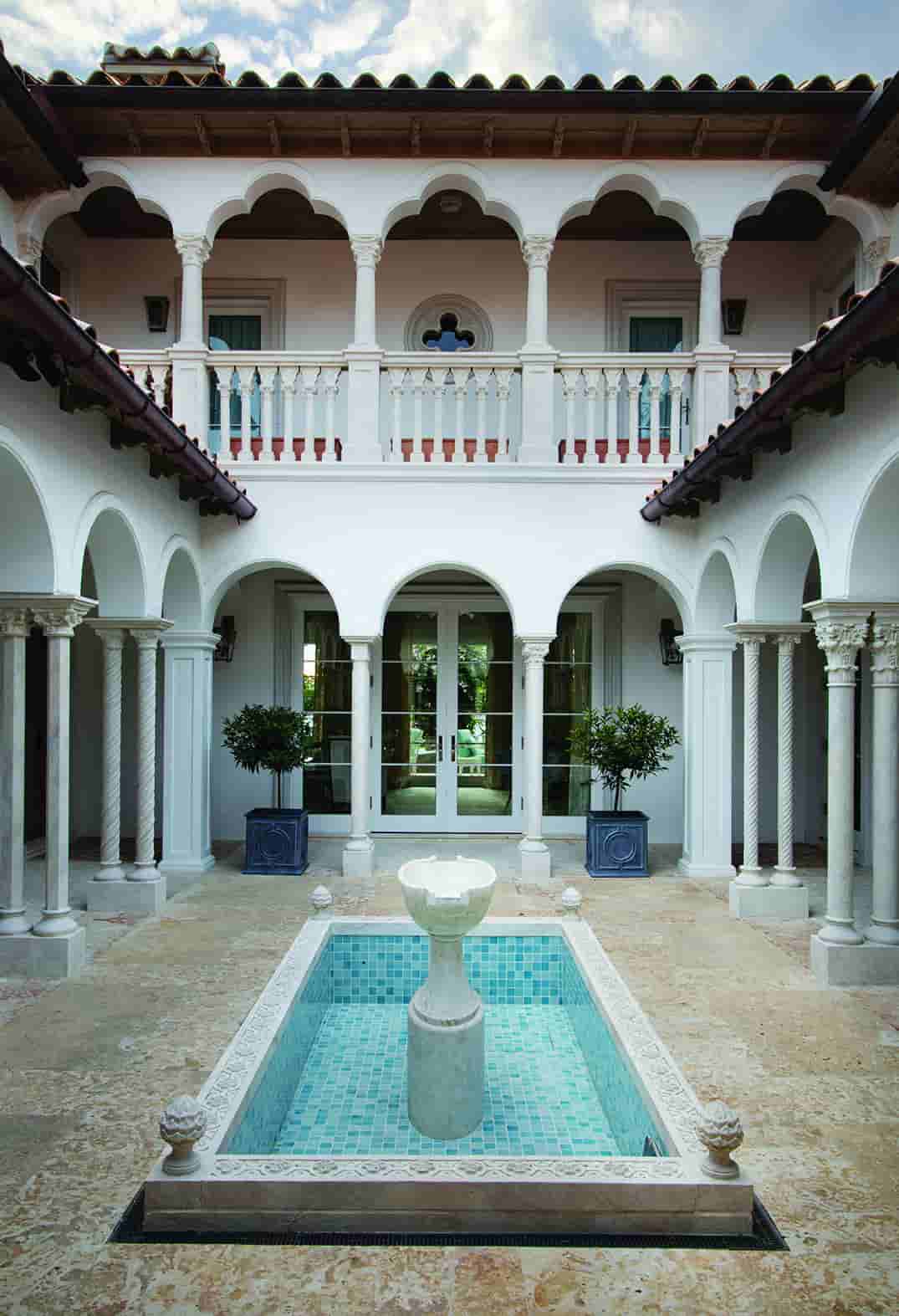 One recent project afforded Magness the opportunity to renovate a Mizner-inspired home alongside architect Douglas C. Wright. The project offered an object lesson in both the potential and the challenges of working in an established idiom. “The owner wanted more contemporary elements,” said Magness. “The concept was to complete a historically-rooted plan with classical details, but that kept a contemporary sensibility.”

Both Wright and Magness worked with parts of the historical elements while bringing in contemporary. “The beam work in the ceiling is a nod to the heavier Spanish revival style seen in Mizner projects, but we’ve opened them up more, made them lighter,” said Wright. Together, they worked on patterning and scale, nodding to the traditional architectural style of Palm Beach while also doing something new with it.

On the necessity of working thoughtfully in Palm Beach, Magness is quite clear. “The preservation and conservation of Palm Beach is important to maintain because it is one of the last cities in America that encourages the continuity of classical design.” 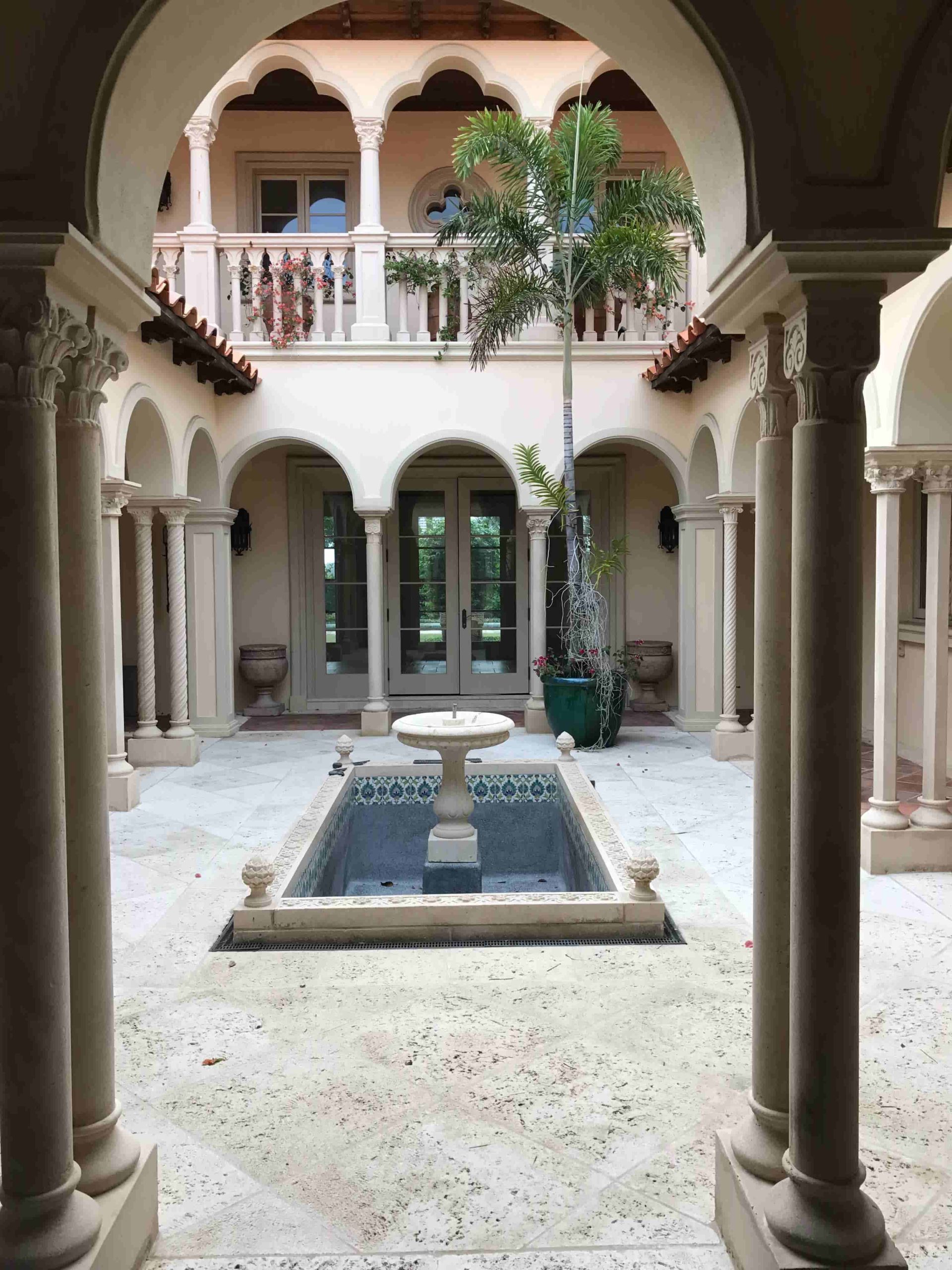 Elsewhere in Palm Beach, masterpieces are being revived. Architect Tom Kirchhoff was recently awarded the Addison Mizner Award for Excellence in Historic Preservation for the restoration and renovation of the Gioconda and Joseph King Library at the Society of the Four Arts’ campus. Designed by Maurice Fatio in 1936, the King Library underwent several renovations throughout the decades. Kirchhoff & Associates worked to rehabilitate both the interior and exterior, taking care to honor the past while working on improvements mindful of the building’s future use.

With each passing season, more families are drawn to the brilliance of Palm Beach. As population numbers increase, so does the demand for new construction, renovations of existing buildings, and expansion therein For Magness, every place with a brilliant architectural past depends on nurturing a brilliant architectural future. “There is ample room for respectful experimentation and growth in this historic enclave,” said Magness. “Through careful innovations, a firm grasp of the traditional architecture and design, and a deep love for Palm Beach’s sense-of-place, there can be much beauty in expansion with a nod to preservation.”