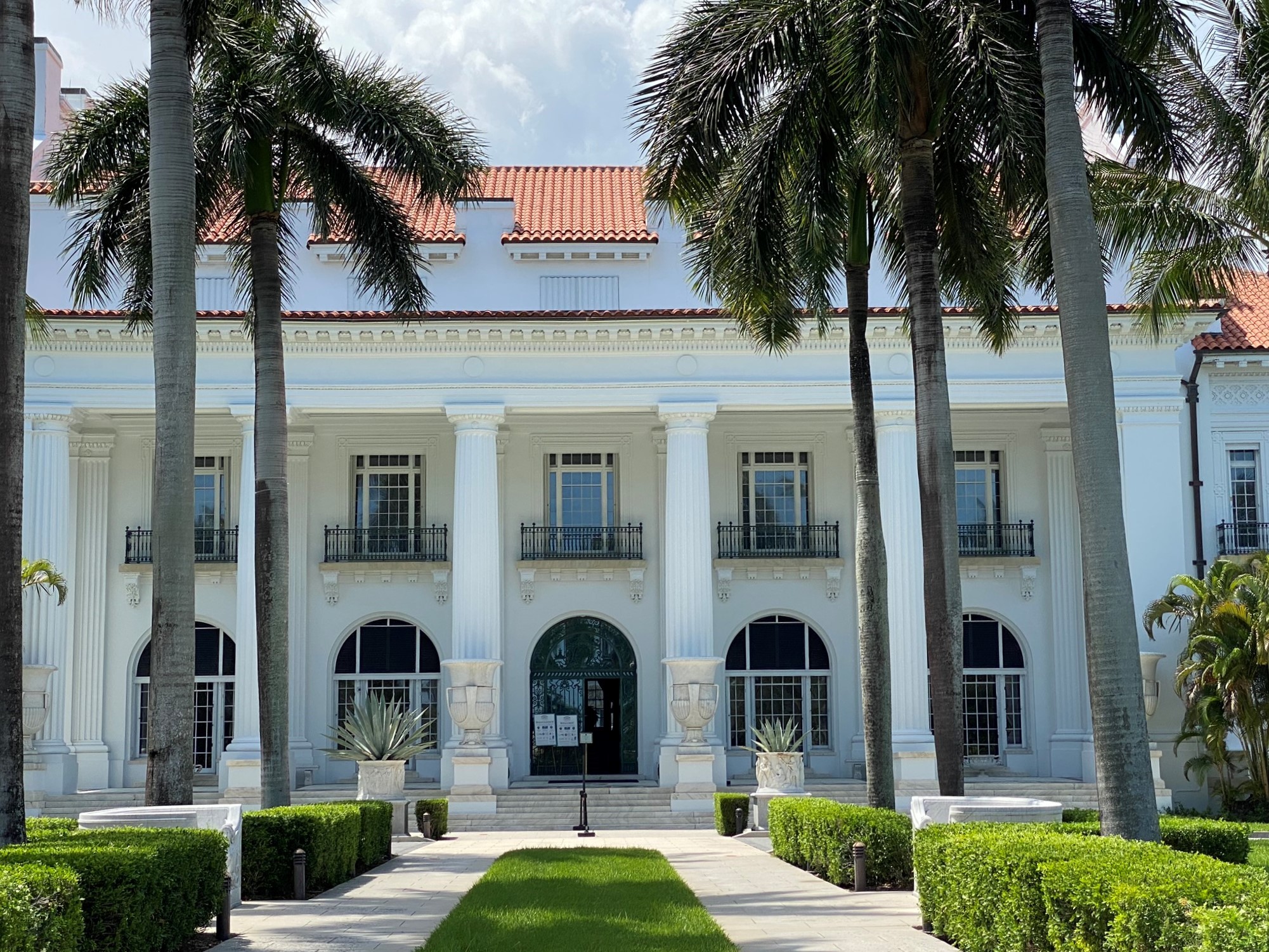 Join us for our final stop on our Florida Summer Sketch Tour, a weekly virtual sketching exercise.

Built in 1902 by Henry Flagler as a wedding present for his wife, Whitehall was designed by architects John Carrere and Thomas Hastings in the neoclassical Beaux Arts style made popular at the 1893 World’s Columbian Exposition in Chicago. Whitehall, built in the Gilded Age, was to be Florida’s first museum filled with important symbolic references to art and literature. As John Carrere, Whitehall’s chief architect said, “the amount of art education that a building can disseminate among the masses is far beyond what we realize.”

The design and scale of the east-facing portico, with its massive Doric columns and large urns carved with bacchanalian scenes of mythical creatures, were chosen to communicate that one was leaving behind an environment ordered by nature and entering a temple of Apollo ordered by the gods and muses.

A National Historic Landmark, Whitehall is a 75 room, 100,000 square foot mansion built around a large open-air courtyard and is modeled after palaces in Spain and Italy. Three stories tall with several wings, the first floor was designed to entertain guests. One enters directly into the 5,000 square foot Grand Hall, a highly ordered world of Apollo and the Muses of literature and the arts. Symbolism fills the room with the oval domed ceiling depicting the Oracle of Apollo at Delphi, four paintings of the mythical four rivers of life, paintings of Dawn & Dusk, a bust of Augustus Caesar, a cassone, a Link clock, and many other art pieces. The interior of the house has many period rooms in the Louis XIV, XV, XVI, and Italian Renaissance styles, such as the library, music room, grand ballroom, dining room, drawing room, and many bedrooms. Whitehall incorporated the most advanced technologies of the day like a structural skeleton of steel girders and cast plaster ceilings, as well as electric lighting, telephones, and central heating.

We’ll be searching for those tags and may feature your #floridasummersketchtour image on our Instagram page on Tuesday!