The Elements of Classical Architecture: The Ionic Order 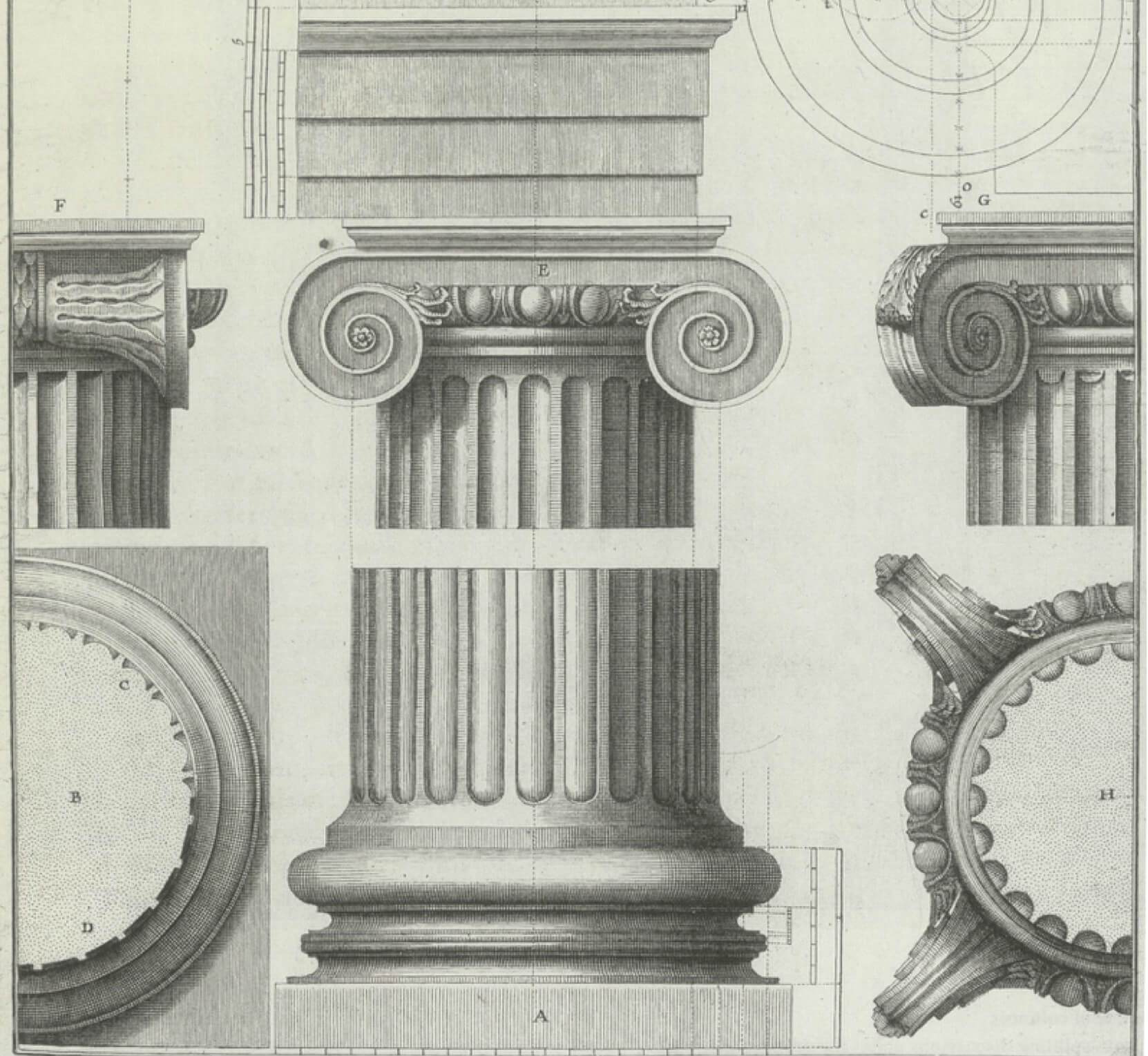 The Elements of Classical Architecture

Acting as a base to the wider canon of classical architecture, the five classical orders have been used since antiquity as a means of proportioning buildings in a harmonious way, while simultaneously giving logic and meaning. The purpose of this course is to provide an in-depth study of the Ionic Order, including its history, proportioning, and meaning. The history portion will cover the evolution of this order from its roots in Ancient Hellenic Cultures in the near East through its rediscovery in the modern-day movement of New Classicism. The study of Ionic proportions will include a hand-drawn tutorial in which participants will compose the base, capital and entablature of the order on according to the American academic William Ware. Special attention will be given to the geometry of the volute in the Ionic capital. Ware, who founded the schools of architecture at Columbia and MIT, in turn took his cues from the Renaissance treatise of the architect Giacomo Barozzi da Vignola

This event is hosted by the ICAA Florida Chapter. Please check the Chapter website, or contact the Chapter directly, for the most up-to-date details including dates, times, and pricing.

What you will learn