#ICAAFourthofJuly: The Statue of Liberty Sketching Social, Hosted by the Florida Chapter 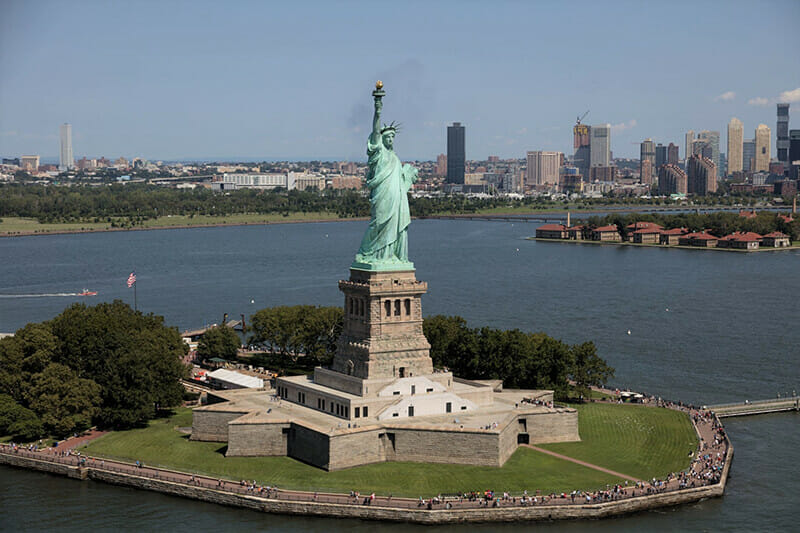 THE STATUE OF LIBERTY

The creation of the Statue of Liberty was inclusive of some of the world’s most iconic visionaries: Édouard de Laboulaye (the “Father of the Statue of Liberty” who provided the idea that would become the Statue), Frédéric-Auguste Bartholdi (the French artist who designed the Statue of Liberty), Eugène Viollet-le-Duc (the original architect hired to design a support structure for the Statue), Alexandre-Gustave Eiffel (the architect and engineer who replaced Viollet-le-Duc to design the Statue’s internal support) and Richard Morris Hunt (the famous American architect who attended the Ecole des Beaux Art and who designed the pedestal under the Statue’s feet). After two years of design and multiple rejected proposals, Hunt’s final pedestal design was approved in 1884. The Neo-Classical granite pedestal, completed on April 22, 1886, was designed to sit within the star shaped structure of Fort Wood, an old army base located in the bay from the 19th century. The truncated pyramid sits 154 feet high, extends 15 feet below ground and is inclusive of eleven interior levels. Each of the four facades are uniform and deliberately include muted details as to not divert attention from the statue.

Some of the notable architectural details include: Doric columns, Aztec motifs, and simple round disks above each pediment which were originally intended to bear each state’s coat of arms but this was never completed. The pedestal is topped with an observation platform placed by Bartholdi above which the statue itself rises. Sources: National Park Service, Library of Congress.

Send your completed sketch to Chapter director Anne Finch or DM/tag on Instagram @icaaflorida by Monday, July 6 at noon.