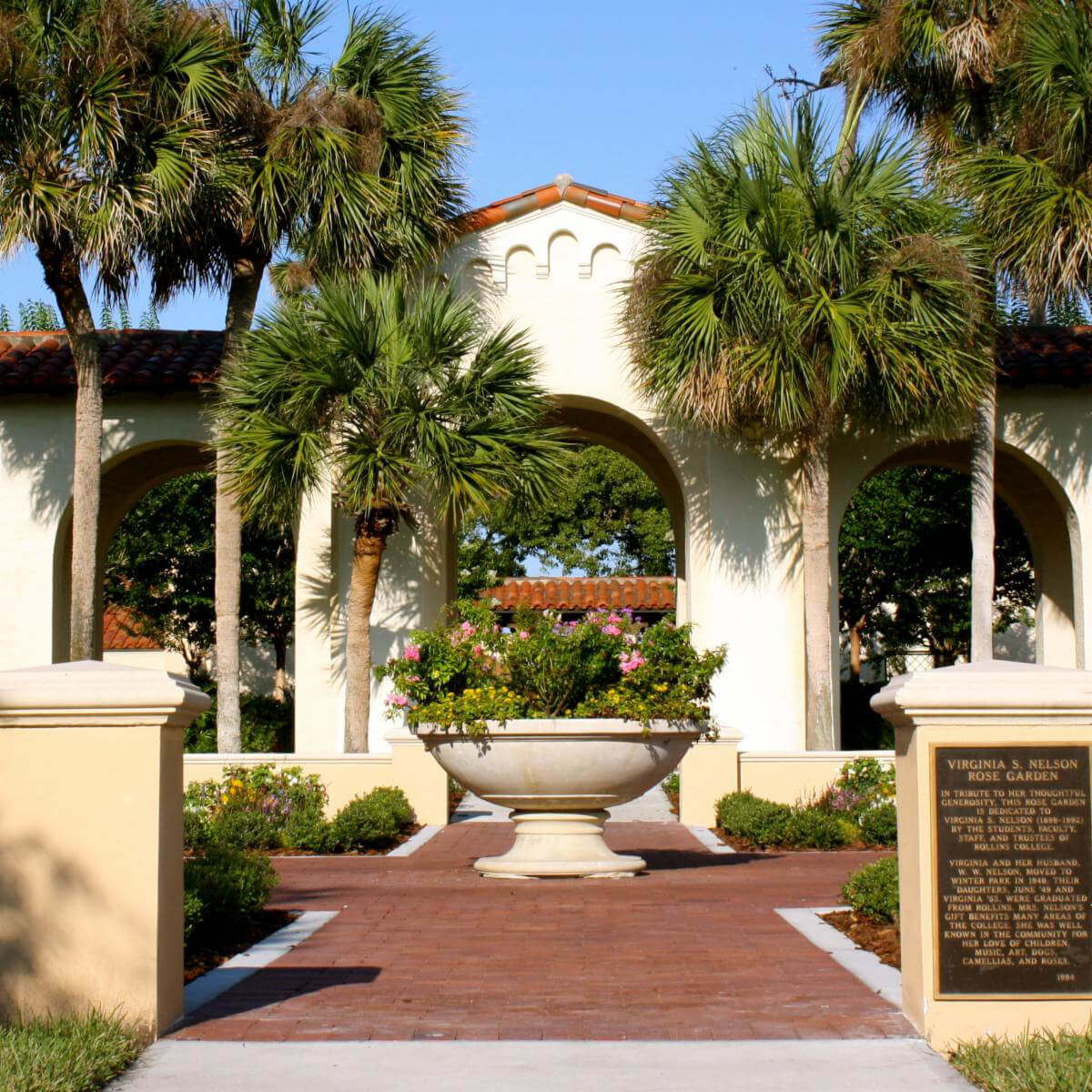 Join us for our Florida Summer Sketch Tour, a weekly virtual sketching exercise

Rollins College, the first college in the State of Florida, was founded in Winter Park along the edge of Lake Virginia in 1885. The campus expanded around a horseshoe-shaped common. In the mid-1920s, Hamilton Holt, Rollins’ 8th President, was determined to find an architectural style that would reflect the new progressive curriculum and in turn take advantage of Rollins’ semi-tropical location. He chose the Spanish-Mediterranean style because he thought that style blended best with “palms, bamboos and brilliant sunshine” and “should be designed with spacious and open breezeways.”

Holt found the architect he wanted in Richard Kiehnel of Miami. Kiehnel, a native of Germany, had established a national reputation in South Florida for adapting the Spanish-Mediterranean style to the Florida landscape. Holt immediately hired Kiehnel to design the College’s first Spanish-Mediterranean building. Rollins Hall was completed in 1929. The following year came two more dormitories—Mayflower and Pugsley.

But the piece de résistance of Hamilton Holt’s contribution came two years later in 1932 with the construction of a theatre-chapel complex. Francis Knowles’s daughter, Frances Knowles Warren, agreed to donate sufficient funds for the construction of a chapel. Holt immediately hired world renowned college and church architect, Ralph Adams Cram to design a chapel similar to one he had seen in Toledo, Spain. The result became the College’s signature building, the spiritual center of the community. While the chapel was under construction, the College received a gift from Mary Curtis Bok Zimbalist for a theatre to honor her friend Annie Russell, a highly successful nationally known actress. The Annie Russell Theatre was placed alongside the Knowles Chapel separated by a formal garden. Physically, spiritually, and academically, the theatre-chapel complex now stood at the center of the campus representing the college’s commitment to intellectual, artistic, and spiritual values.

By the time Holt retired in 1949 after 24 years of service, he had added thirty-two buildings to the campus connected by covered walkways and archways. In addition to the building of a quality progressive academic institution, Hamilton Holt had left the College with an architecturally unified campus.