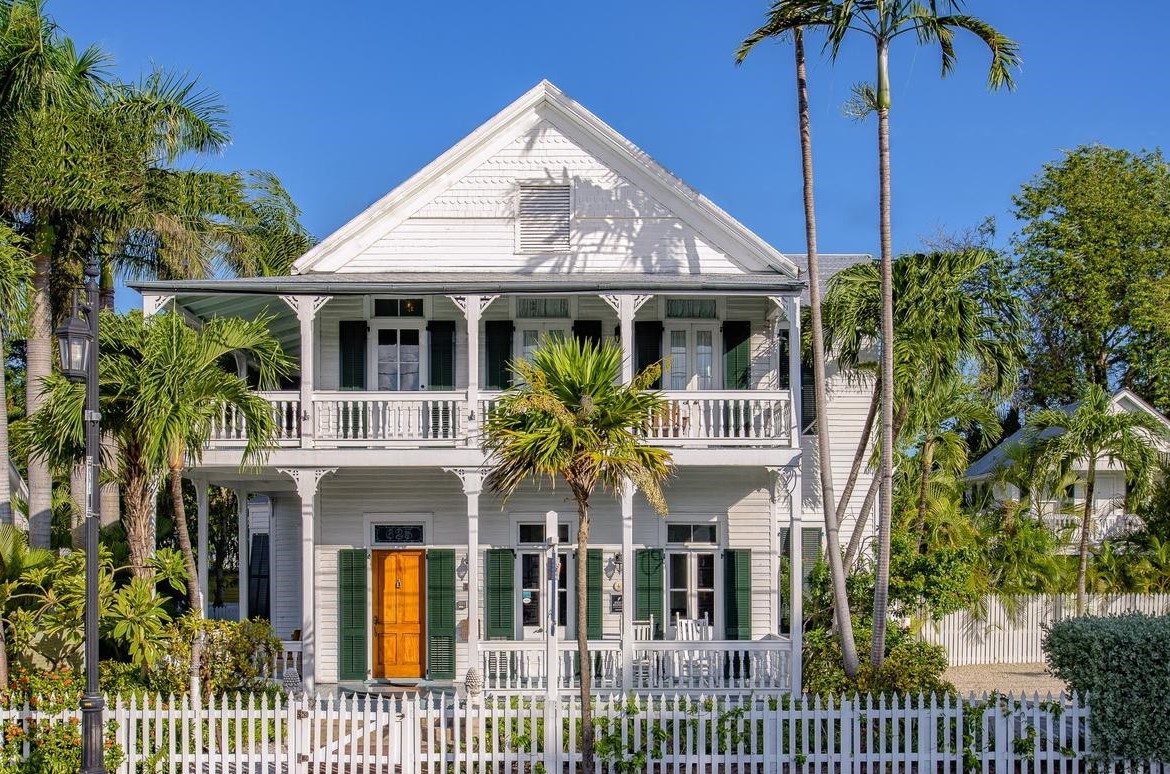 Join us for our Florida Summer Sketch Tour,
a weekly virtual sketching exercise.

Influenced by limited building materials, the sub-tropical climate, and the cultural heritage of its settlers, the vernacular architecture of Key West, dating back to the late nineteenth century, is based on classical and traditional architecture prototypes. These vernacular buildings often feature a gable (or “temple-front” façade) with columns rising two stories and supporting a triangular pediment. By the end of the nineteenth century, the Queen Anne style appeared with soaring turrets, complex roof forms, asymmetrical massing, and a variety of surface treatments, including scroll-sawn “gingerbread” decoration.

The region’s natural resources offered South Florida slash pine and Dade County pine for the wood framed construction. Interior walls and ceilings were sheathed with tongue-and-groove wood instead of plaster. These old growth pines were hard and resistant to decay and insects. Lumbering eventually depleted supply, and builders began using other Southern woods, such as yellow pine, cypress, and cedar. For the foundation piers, bedrock of the Lower Keys and oolitic limestone from the mainland was mainly used.

Key West’s architectural style developed mainly from settlers’ cultural heritage. Wreckers and ships carpenters from the Bahamas and New England, arriving before the Civil War, constructed simple and well-proportioned buildings that represented a vernacular architecture responsive to the climate and geography of the greater Caribbean. To this day the vernacular houses of Key West, with a charm and integrity of its own, constitutes a valued cultural patrimony of the architecture of the Grand Caribbean.