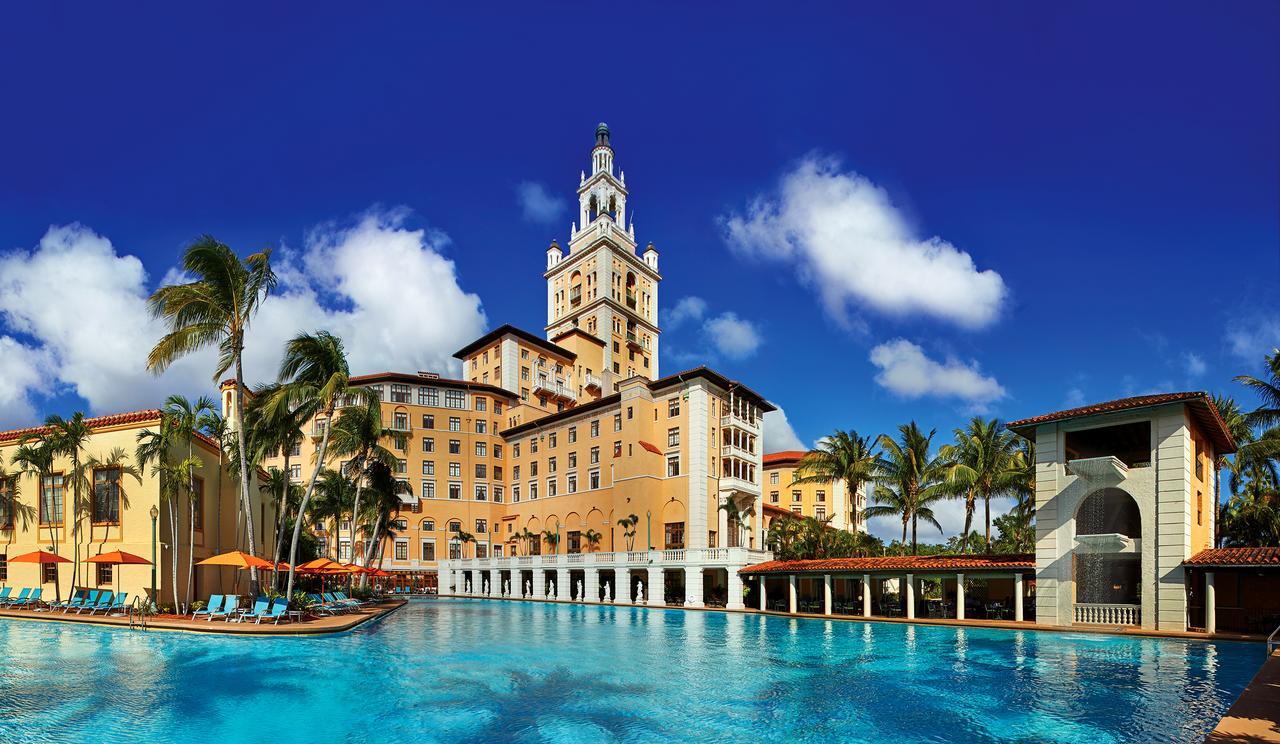 Join us for our Florida Summer Sketch Tour, a weekly virtual sketching exercise.

The design is Mediterranean Revival based predominantly on Spanish style with Moorish and Italian accents, and in keeping with traditional European grand hotels, Old World charm permeates the property and is consistent with the architectural style of the affluent homes of Coral Gables. Throughout the property there are colonnades, hand-painted ceiling beams, open air courtyards, fountains, balconies, balustrades, decorative tile, and terrazzo floors. Modeled after the Moorish style Giralda Tower in Seville, the Biltmore was one of the most fashionable resorts in the entire country in its heyday. It boasted a 400-room hotel, country club, championship golf course, polo fields, tennis courts, and an enormous 150 by 225 foot swimming pool where 3,000 spectators came to watch synchronized swimmers, alligator wrestlers and high diving competitions on Sundays. During 1942-1968, the War Department converted the Biltmore to a hospital for Army Air Forces and Veterans. In 1973, following intense lobbying, the City of Coral Gables was granted ownership of the hotel through the Historic Monuments Act and Legacy of Parks Program. In 1983, the City initiated a full restoration of the Biltmore to its former glory as a grand hotel. The Biltmore was designated a National Historic Landmark in 1996 and today now operates as a 273-room hotel and resort.

We’ll be searching for those tags and may feature your #floridasummersketchtour image on our Instagram page on Tuesday!